I’ve noticed a recent trend on various social platforms of people making updates about where they can be found, away from Twitter. I had a rather enviable early user name there (@ericc) that was frequently tagged by fans of a couple of other “Eric C’s” (Church and Clapton). Perhaps Twitter will come out of its spiral, but it’s unlikely, so here are some other ways to contact me, ranked in their likelihood to reach me.

The domain is pobox.com and the account is my first name plus the first letter of my last name (i.e. the first 5 letters of this website). I have aggressive spam settings on that domain set as high as they go with filters for domains based on country of the sending system. So, if you really want to email, send it as plain text and use a well-known sender, like gmail.com, outlook.com, etc. and don’t send it from any of the countries with a reputation for scams.

I have a LinkedIn profile and I will respond to invites if I know the requester. I check LinkedIn about once per week, so don’t expect an immediate response.

If you use Signal Messenger and know my cell number, I will connect.

I’ve been on Reddit for over 10 years. I mostly reply to pun threads on r/all and interact with people on a couple of hobby-specific subs. I don’t use it like I would a social network like Twitter or Facebox as nobody there realizes that I’m a

I created a new profile so I can get messages there. 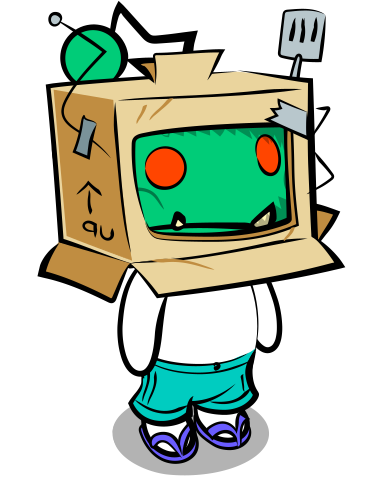 I use Slack frequently for work, but I haven’t got into finding communities with it. If you have a Slack workspace where you’d like a joker such as myself, send an invite.

Like many other refugees from Twitter, I have created a Mastodon account, but I haven’t yet dug into the culture and behavior of the service to see if it suits me.

I’ve been on Discord for a few years, but I really don’t socialize there. It’s mostly out of need, but I think I will likely increase my presence there.

I have a Facebook account for the simple reason that my first wife has a memorial page there. I log in perhaps once every few years. I have no content other than a few listings in Marketplace. I don’t accept new friend requests.

I would love to use Whatsapp for the community and its near-standard status as a messaging platform, but I’m not using a Meta platform. Similarly, Instagram.